For some accidental load combinations, low capacities close to support might be observed. The capacity VRd can in the picture below be seen to fall close to support. In this area the value should be closer to VRD,max due to the fact that it should be the web shear compression failure that is the deciding factor.

The reason for this behaviour is that the default value in PRE-Stress for load combinations without dependencies are that it should be considered cracked. And cracked sections are being calculated according to EN1992-1-1 (6.2 a&b). 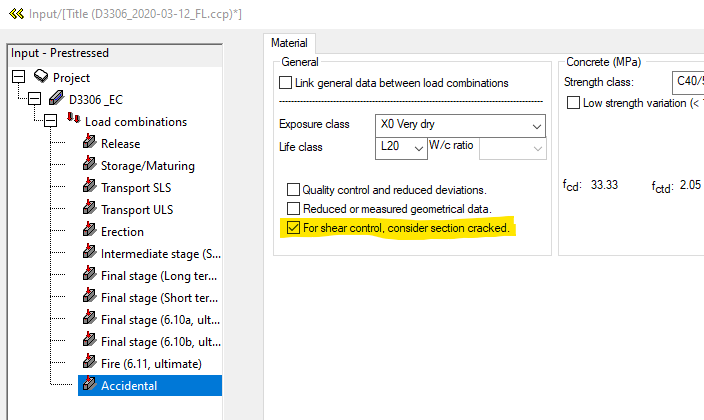 If this checkbox is unchecked, the calculations will be performed according to (6.4) and/or (6.5) instead, dramatically improving the capacity of the element: 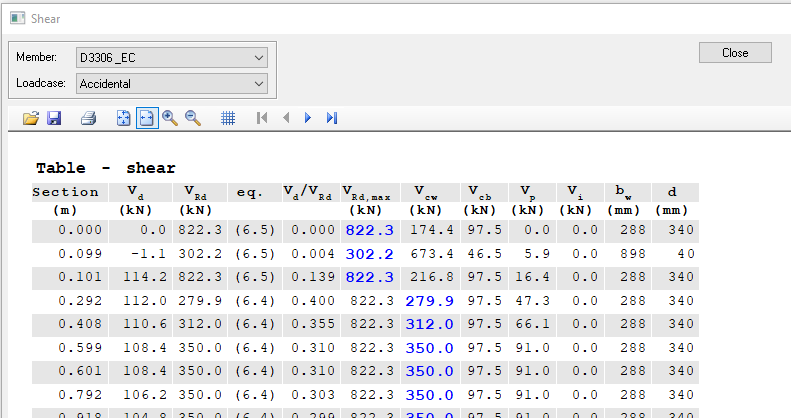 This checkbox only appears if there are no dependencies for the load combination. If there are dependencies the element will inherit the crack state in each section, and if it is uncracked or cracked it will calculate the sections accordingly. 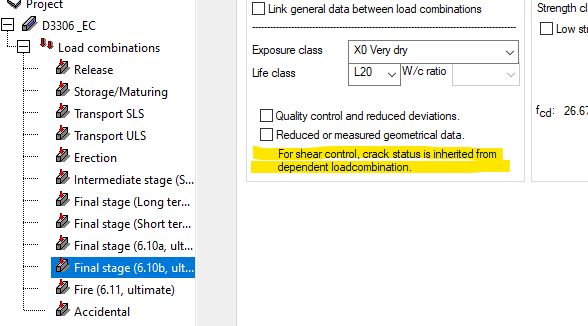 By having a dependency instead of setting the load combination to uncracked/cracked with the checkbox, the program will decide what formula to calculate with (in the following picture the element is uncracked in the dependencies following up to the accidental combination, i.e. Combination ID=10 is uncracked): 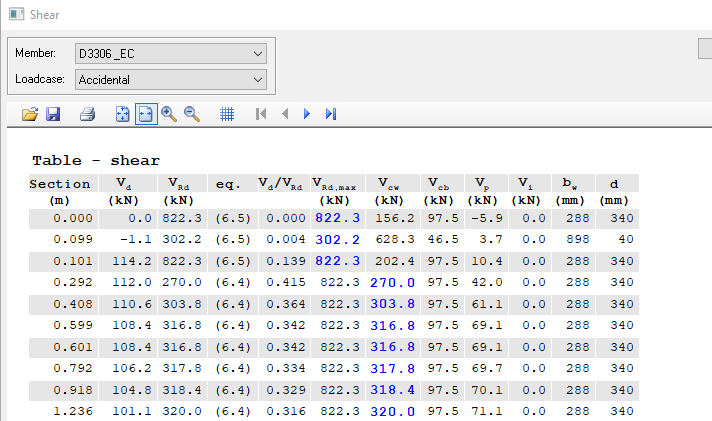 Fire load combinations can never have a dependecy attached to it, since the cross section will be reduced due to the temperature. Meaning that the checkbox always must be checked or uncecked depending on what the user thinks of the crack state of the element (and in this case close to the supports). Other types of non-fire accidental load combinations can have a dependency leading up to the ULS-calculation.

Read more in the wiki about the Shear capacity of concrete.

What about core fillings and the increase of shear capacity in those?

So, once again the need to check if the element is cracked or uncracked affects the capacity of the element.

Read more about this in the wiki here: Shear capacity of hollowcores with core fillings.